It’s that time of week again – I’ve had some personal living arrangements wetness and have been living out of a dufflebag and a smile.  Reminds me of college, but at that time I didn’t have two in diapers…

At the home workshop, I’ve been banging away.

So, in one project, my segmented tube experiments paid off.  I glued the old-bruce-springsteen-poster-paper drumhead, slapped on some cut-off t-shirt trim, rubbed on a little butcher-block wax and called her done.  The little tyke likes it.  I’m going to build a bigger one, only this time I’ll down two tall cans of Lonestar and use those as drumheads.  After the week I’ve had, I’m really looking forward to that project!

Work, as always, has been rewarding.  The stakes worked out well and the Rose Garden’s about done.

That’s rich, organic soil on top of a four-inch leaf layer.  If that don’t make me grow into a prince with a narcissitic streak, I don’t know what will.

Part and parcel to the Rose Garden is the coffee grounds/chaff composting center which was built, painted and placed by a fellow teacher this weekend/early this week. 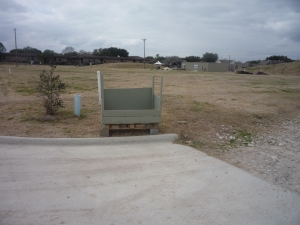 I have to write a news article on this.  I might just tell everyone that he actually can get a project done on time and ruin his good reputation.

My ramblin’ men put together more of their Quadracycle.  I’ve blogged about them before – we had CAD drawing class a few weeks ago.  She’s got two rods placed on it and the Quadracycle works after a fashion.  I’m expecting they’ll finish it up sometime in the next two weeks. 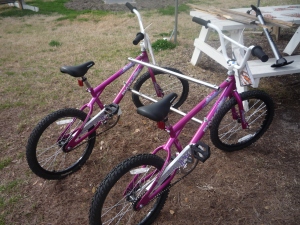 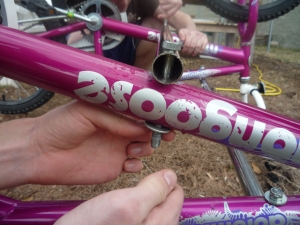 After placing the last rods and testing it out, one of my guys turns to me and asks if they are done with the project.  I say, “No, we have a few more parts to place.  Then I think we might paint it.”

Make it safe and keep the rubber side down.

Have a Question? Want to Talk Shop?